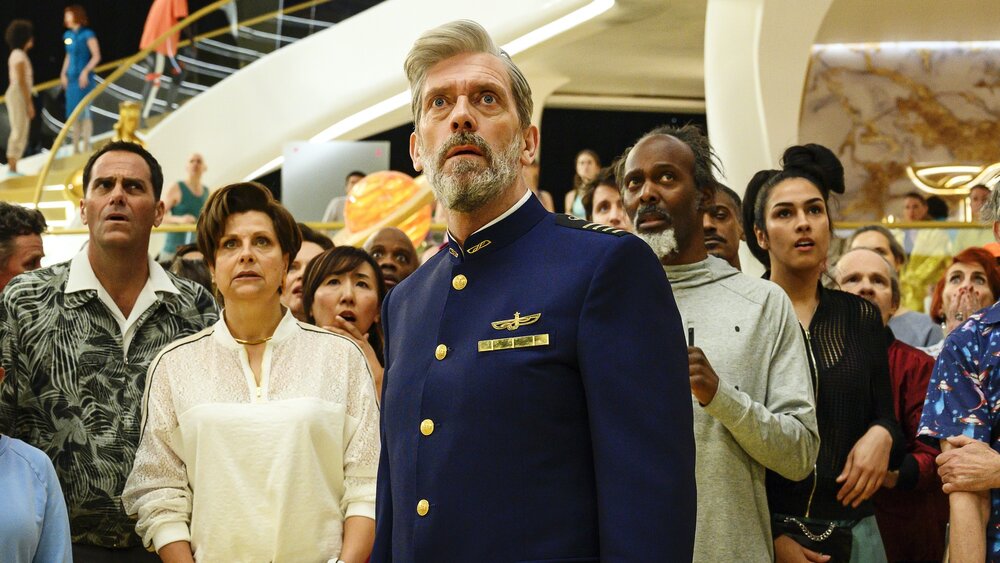 It looks like HBO is excited to invest in more space chaos as they’ve renewed the Armando Iannucci-created comedy Avenue 5 for a second season.

I’ve only watched a couple of episodes from the series so far and I haven’t really gotten into it. There have been some funny moments, but it just hasn’t really grabbed me yet. If you’re loving the show, though, then the news of a second season is sure to excite you!

If you’re not even familiar with the series, Avenue 5 is set forty years in the future when traveling the solar system is no longer the stuff of sci-fi fantasy. Hugh Laurie stars as the captain of a luxurious space cruise ship named Avenue 5. The captain loves his job… but when something happens to the ship and he’s stuck on it with all of the annoying socialites, his job becomes a nightmare. The series pokes fun at high society and their entitled behavior.

The project also stars Josh Gad as Herman Judd, the billionaire who is behind the Avenue 5. The rest of the cast includes Silicon Valley star Zach Woods; Nikki Amuka-Bird (The Personal History of David Copperfield); Rebecca Front (The Thick of It); Lenora Crichlow (Being Human); Suzy Nakamura (Veep); and Ethan Phillips (Veep).

“We’ve loved every minute of Avenue 5’s inaugural voyage. Armando Iannucci and his team are masters of smart and incisive comedy, and the ensemble cast, brilliantly captained by Hugh Laurie, is second to none. We can’t wait to see what’s in store for our hapless heroes in season two.”

“It was so great to be back again with HBO for the first season of ‘Avenue 5,’ so I’m doubly thrilled that HBO have now seen fit to put Captain Ryan Clark and his passengers and crew through even more physical and emotional hell next year too. Nobody provides angst-ridden laughs better than Hugh Laurie, and we’re looking forward to seeing what further impossible situations and existential crises we can plunge him, Josh Gad and the rest of our fantastic cast into next. To the end of season one and beyond (into season two)!”

Laurie had this to say about the renewal:

“It’s thrilling to discover that space isn’t finite after all. I’m very excited to be continuing on this journey with Armando and HBO, and also an amazing group of actors and writers who make me laugh every day. Here’s to the future!”

Are you a fan of Avenue 5 and excited about Season 2?